For several years now Remembrance Weekend has always been a double header with us going to play for our good friends at Worsley URC on the Saturday evening and then playing for the parade and service on Remembrance day in Rawtenstall.

Same again this year but following on from last year’s attempt to get a quart into a pint pot there was an entrance by ticket only policy at Worsley.

It was a complete sell out – not a seat to be had. Same culinary offerings in evidence though with pies, crisps, vol-au-vents, chicken wings, Danish pastries and cream cakes and more all adding to the night’s enjoyment. It’s a firm favourite with the band and long may it continue. The following day found us in Rawtenstall where unusually, due to the inclement weather (it was pouring down), the parade through the town was cancelled with the whole proceedings taking place inside St Mary’s Church rather than outside round the cenotaph.

The acoustics in the church are very conducive to the brass band sound and several hymns were played as the pews were filling up thus giving the band the chance to warm up and also to add to the solemn but positive nature of the occasion. 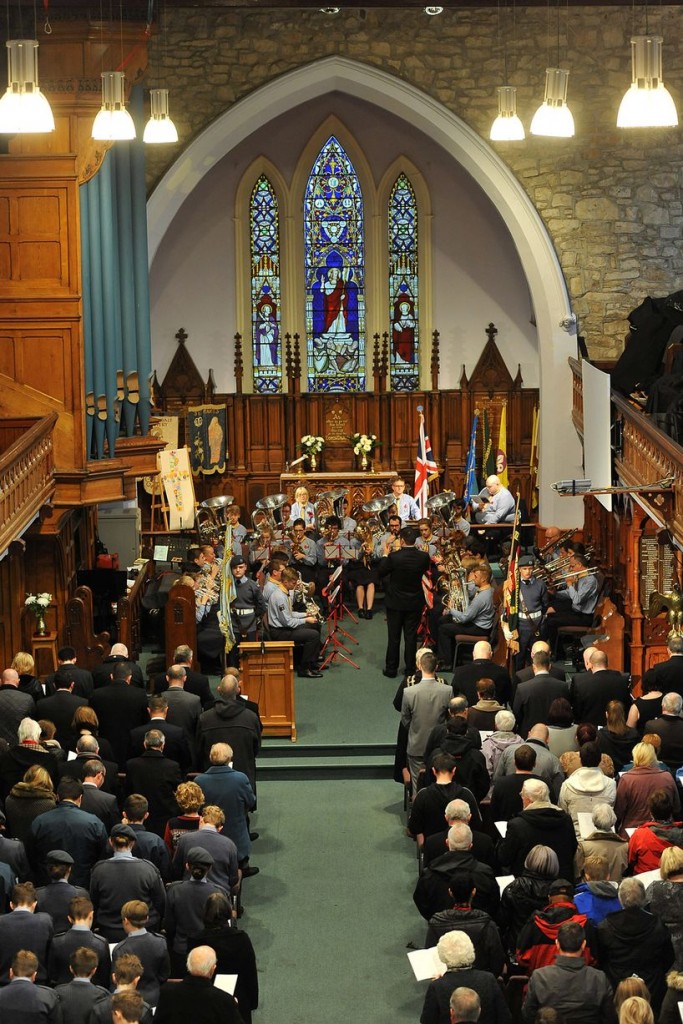