The Training Band consists of beginners from the age of 5 and teaches them the basic skills of playing and reading music. After their 40 minutes playing as a group, the children go off and have a 10 – 15 minute individual lesson with one of our CRB cleared tutors.

The children will be taught techniques in playing their chosen instrument, such as how to hold the instrument properly etc.

Once the time is up, the children will be given a little homework to do and are advised to practice whilst at home. This then enables the tutor to monitor the progress of that specific child and hopefully, when the child feels confident enough and progressed to the correct level, will move into the Junior Band.

The Junior Band takes this one step further, where all the young players play in the band together as a group. Here they build upon the basics and learn about more playing techniques and playing as an ensemble. The Junior band currently consists of many young players who wish to progress a lot further in music, still receiving their 15 minute lesson at the end of their banding session.

The band partakes in many concerts throughout the year, attending a local coffee morning just down the road on the last Saturday of every month. Here the children can show off what they have learnt over the past month and many of the children are very eager and confident enough to perform a solo in-front of around 50 people.

The Senior Band is the band that you will see performing in the majority of concerts, and in recent times has performed with the Black Dyke, Fodens, Grimethorpe Colliery, Brighouse and Rastrick Bands and most recently with Fairey Band. They have appeared at Windsor Castle for HM Queen Elizabeth and at many fine concert venues including The Bridgewater Hall, The Royal Northern College of Music, The O2 Arena, and Cologne Cathedral. The band also takes part in the annual Whit Friday march contests.

We are always looking for new players to join us. If you are interested please contact – admin@2ndrossendalescouts.org.uk

The Silver Band was started in 2011 and was formed up mainly by parents and grandparents of the young people in the other bands, who also wanted to learn how to play an instrument. The Silver Band currently contains about 30 members 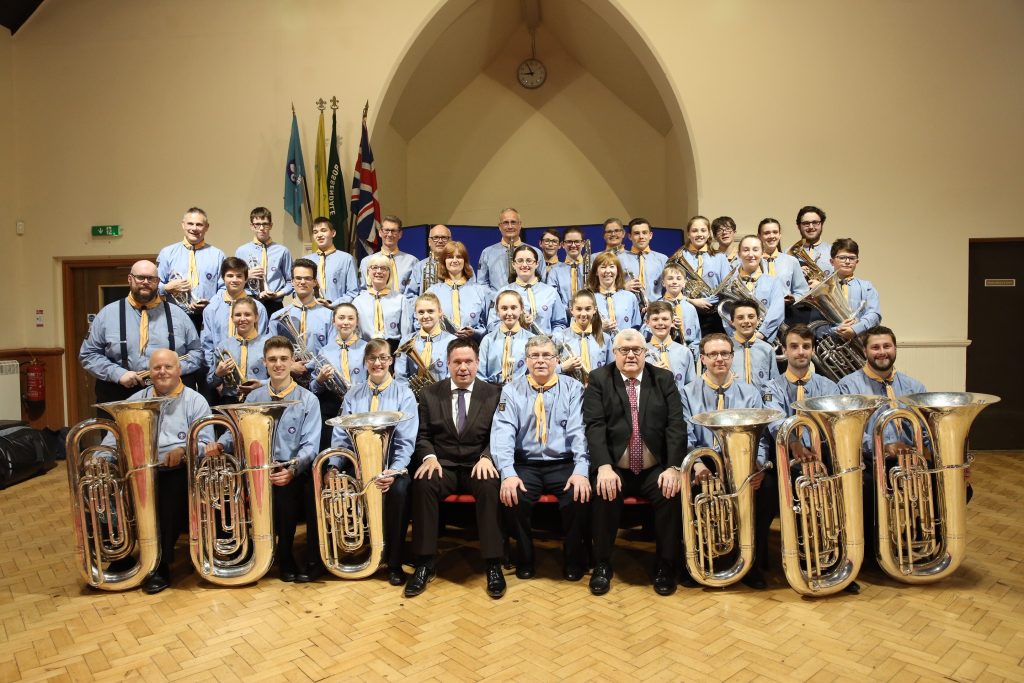